There's also Kit-Kat-Touch that's a mod of Kit-Kat but it's not a one-click solution and still no scaling. cuteNTR has rescaling but doesn't seem to have input redirection at all; it's also written in C++ and aimed for Linux. Doesn't look like I could just resize the windows though.

Rather than modify Kit-Kat I decided to reimplement the NTR protocol myself in a C# program using OpenTK/OpenGL which handles the dynamic scaling and mouse input.

Update: With a recent Luma update adding input redirection (that supports ZL/ZR/C-Stick), I've added being able to swap to using that instead of with BootNTR (which still does the video streaming).

No release yet, it's still missing some features Kit-Kat has and not sure if I'm satisfied with the stream performance.

If you want to preview the code: https://github.com/Jas2o/NTR-VP 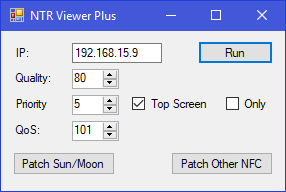 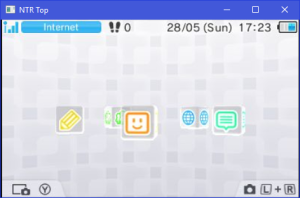 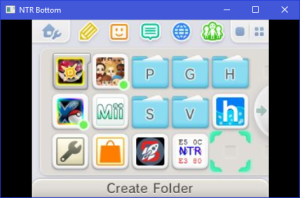